Showing posts from March, 2019
Show all

A Little Bit About Me: I Love The News (2019 Edition) By Joseph Ross 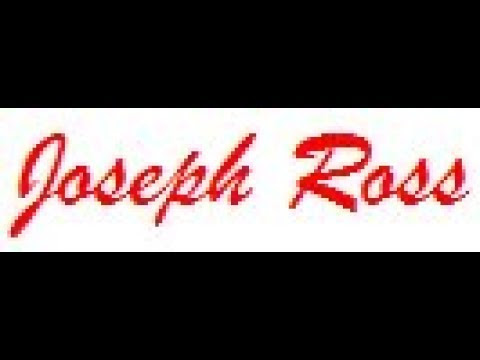 A Little Bit About Me: I Love The News (2019 Edition)  By Joseph Ross A s I told the world for the first time ever, on my YouTube video: Vlog #10 - About Millennials, I love the news.  (C) Joseph Ross, Color Star & Joseph Ross Productions, & Liberty Business Entertainment. I have loved the news since I was 8 when I was introduced to the news and politics. My first news channel was CNN in the late '90s and The Early 2000s then Fox News in 2000 - Present. I love both of them.  Crossfire & Larry King Live! from CNN were my first news shows then You Decide 2000 & The O'Reilly Factor from Fox News. I watched The 2000 Presidential Election on Fox News & CNN, and remember when Brit Hume of Fox News declared Bush the winner after weeks of the recounts. I was 10 years old and in charge of taping the election coverage for my Family when I wasn't busy being home-schooled. For years we kept a library of The 2000 Election on VHS tape and we might
Post a Comment
Read more

About Toby & Lily Ross (National Puppy Day 2019 Edition) By Joseph Ross T oby & Lily Ross are my family's puppies and we love them. They've been our puppies since 2011 or 2012 and have been part of The Ross Family ever since. I've spent a lot of time and my youth and '20s with them and I love it. I love seeing them, playing with them, watching TV with them, and taking pictures of them sometimes. They're some of the best dogs I've ever had and known in my entire life, and as of this post I'm 29 years old.      Toby Ross (2018). Photo Credits: Christian Island Productions/Joseph Ross      Lily Ross (2018). Photo Credits: Christian Island Productions/Joseph Ross Their Story & The Dogs Now T oby & Lily Ross were brought as puppies and came to The Ross Family and became part of it in 2011 or 2012. They were quickly loved by everyone and they had lots of puppies which were sold to help pay for something for my siste
Post a Comment
Read more
More posts